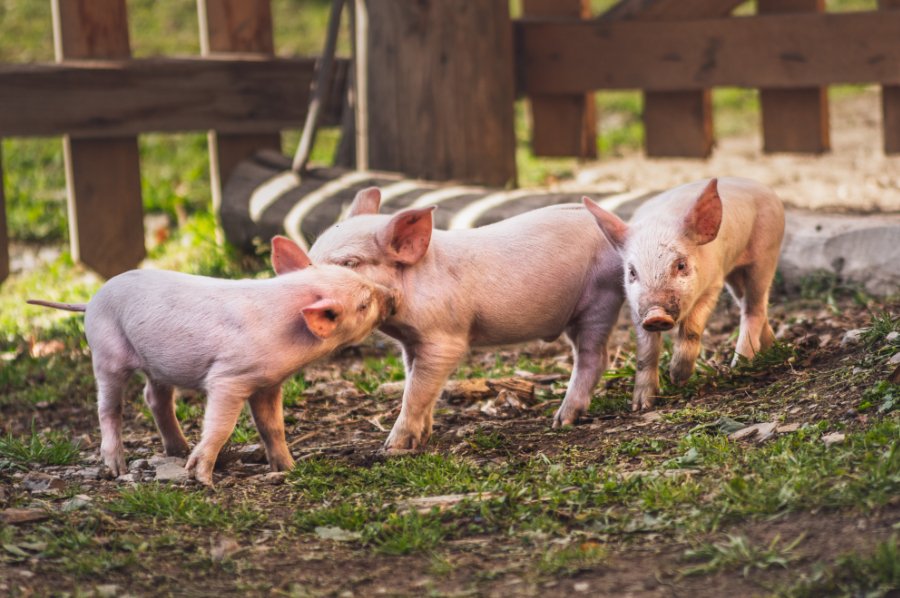 TVG has completed a successful Anglo-Chinese project backed by the Department of Health and Social Care (DHSC), Innovate UK, and the Chinese Ministry of Science and Technology to develop a cross-protective candidate Streptococcus suis (S suis) vaccine against the most prevalent serotypes 2, 7 and 9.

S suis is a major bacterial disease that reduces productivity in pig farming worldwide. There is currently no effective preventative vaccine. It is also zoonotic and can cause meningitis, septicaemia and other symptoms in humans. The disease is currently treated with antibiotics, but there is growing evidence that it is becoming resistant. Effective vaccines remove the need for antibiotics.

The project started in April 2019 with the twin objectives of developing a candidate vaccine for S suis in domesticated pigs and to further develop the TVG platform viral vaccine vector technology. In total, nine candidate vaccine constructs were made, targeting immunogenic proteins that are highly conserved across key serotypes.

All nine have been shown to be stable in tissue culture, grow to commercially viable titres and express the selected target proteins at high levels. Two candidates have been screened in a laboratory rabbit challenge model of S suis, one of the candidates demonstrating >75% efficacy and strong serological responses.

The project was conducted in collaboration with two Chinese academic laboratories, the Shanghai Veterinary Research Institute at the Chinese Academy of Agricultural Science, and the Shanghai Jio Tong University. A major producer of swine and poultry vaccines, the Pulike Biological Engineering Company was the commercial partner. Pulike has already transferred production of the candidate vaccine to suspension cell culture at pilot scale in preparation for vaccine batch production for clinical development.

The three Chinese partners are funded to complete screening of the other seven S suis vaccine candidates before the end of 2022, with the lead candidates passing into controlled challenge studies in pigs in early 2023. It is expected that widespread global uptake of a successfully developed broad-spectrum S suis vaccine would lead to the reduction of antibiotic use in commercial pig farming and contribute to a reduced risk of Anti-Microbial Resistance development.

Phil Packer, Innovation Lead, Innovate UK, said: “The Vaccine Group (TVG), a biotech start up company based in Plymouth, and the University of Plymouth (UoP) have recently completed an IUK-funded project to develop a Streptococcus suis vaccine candidate for use in commercial pig herds. The project was conducted in collaboration with three Chinese partner organisations who were funded through the Chinese Ministry of Science & Technology. The successful output from the project is a lead candidate vaccine which has been shown to induce protection in a rabbit model of the disease. Further committed funding will test the candidate for safety and efficacy in pigs in early 2023. The commercial partner in China is currently scaling up production of the candidate vaccine with a view to beginning registration studies later in 2023. IUK would like to congratulate TVG and UoP on the successful completion of this project and the establishment of a highly productive working relationship with the three Chinese partner organisations.”

Jeremy Salt, TVG Chief Executive Officer, said: “Great strides have been made towards providing a vaccine solution for a significant pig disease during this project. The flexibility of TVG’s bovine herpesvirus technology platform has been fully utilised to deliver enhanced efficacy.”

Sign-up and receive our news directly to your inbox.

Get in touch with TVG